Our group has developed meter-long gel microfibers that encapsulate cells and extracellular-matrix proteins can replicate intrinsic functionalities of tissues, which can be weaved and reeled into tissue-like shapes and can be transplanted into diabetic mouse to treat diabetes mellitus.

Tissues in human body consist of various fiber-shaped cellular constructs such as blood vessels, nerve networks and muscle fibers. For the artificial reconstruction of these constructs in vitro, fiber-shaped gels with embedded cells made in standard microfluidic chips have been studied. However, these require the rapid gelation provided by synthetic polymers, which do not stimulate the formation of the cell–cell connections that are typical of living tissues.

Using a double-coaxial microfluidic device, we embedded cells in natural extracellular-matrix proteins — such as collagen and fibrin, which allow for the necessary cell–cell interactions — and protected them with a rapidly gelating hydrogel shell, which is later removed by a specific enzyme. The researchers report that the resulting fibers beat spontaneously when they contained cardiomyocytes, and that tubular structures or neural networks formed in the fibers when they encapsulated endothelial cells or cerebral cortical cells. The researchers also show that microfibers of pancreatic islet cells transplanted underneath the kidney of diabetic mice normalize the concentration of glucose in their blood for about two weeks. These fibers could later be removed. 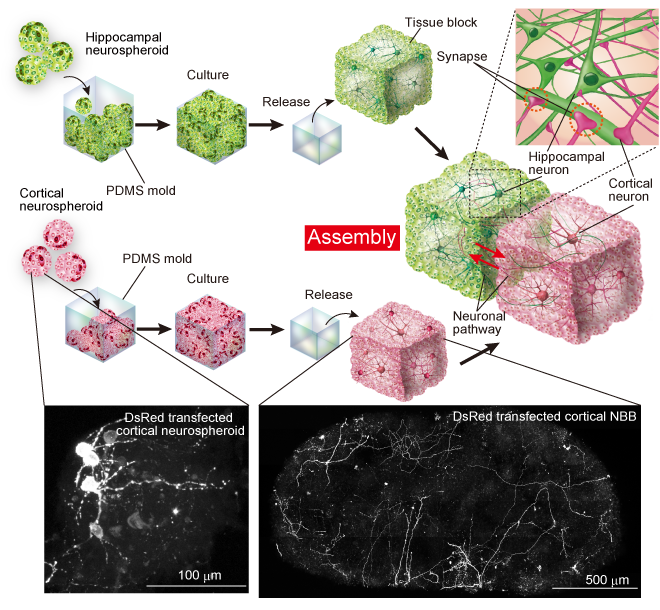 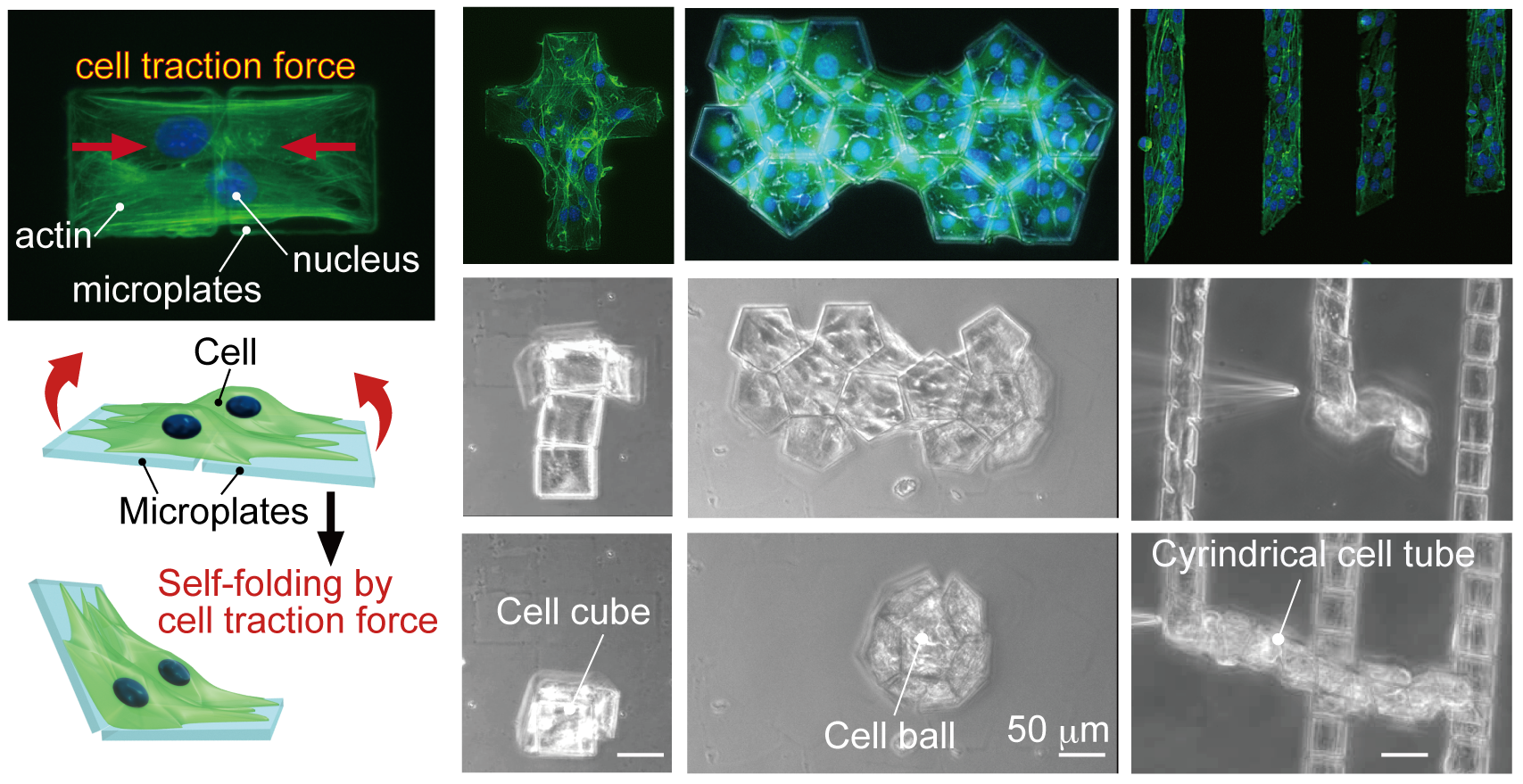 We developed a method of producing various types of three-dimensional (3D) cell-laden microstructures by applying the principle of the Japanese traditional origami technique and cell traction force.
Origami has been recognized as the art of paper folding. Recently, however, engineers, scientists, and mathematicians have used principles of folding to achieve substantially more complex shapes and products for applications spanning scales and disciplines, including space deployment (e.g. solar panels), biomedical device (e.g. deployable stents), and nanoscale DNA-based objects. Origami folding can also be found in nature, such as in the growth process of plant leaves, providing possibilities for bio-mimic applications.
Here, we use the origami folding technique to produce 3D cell microstructures for culturing cells in the 3D environments. In order to fold the microstructures, they harness the cell traction force as a biological driving force. This self-folding technique using cells, which named “Cell Origami”, is highly biocompatible and obviates the conventional need for external driving forces, such as thermal actuation or electromagnetic forces to produce 3D microstructures. The cells cultured in two-dimensional 2D plates can transform into 3D configurations quickly and precisely by using the cell origami technique.

We successfully produced various 3D cell-laden microstructures by just changing the geometry of the patterned 2D plates. We also achieved mass-production of the 3D cell-laden microstructures without causing damage to the cells. Cell origami will be useful for biotechnology applications that require the analysis of cells in 3D configurations and for the self-assembly of cell-based micro-medical devices. Moreover, this cell-based origami technique is particularly appropriate for mimicking hollow organs; for instance, our ball-shaped cell-laden microstructure could be used to fabricate an artificial alveolus of the lung, while our tubular microstructures could mimic vessels. Cell origami forges a new path for origami applications in fundamental biology, as well as in the production of artificial organs and medical devices.
K. Kuribayashi-Shigetomi et al.: PLoS ONE, 2012, vol. 7(12), p. e51085, 2012.